Black Excellence in Gateway's Class of 2021 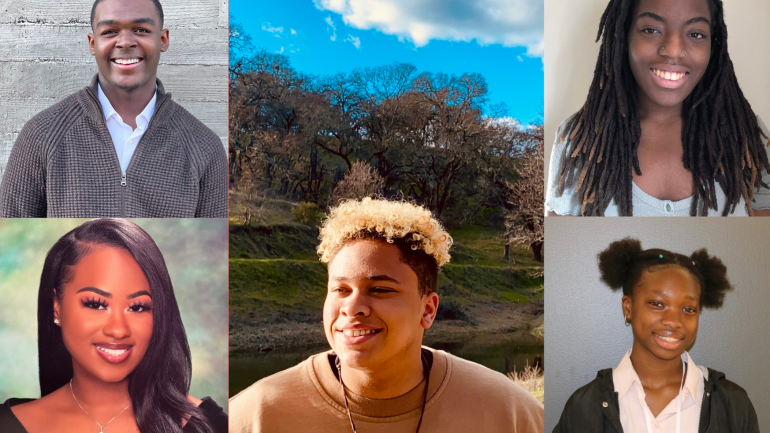 The story of this challenging and historic year for public schools and public school students in particular is incomplete without the stories of our students of color. In celebration of Black History Month, we're delighted to introduce you to just a few of the young Black leaders in Gateway's Class of 2021. Dedicated, optimistic, and incredibly bright, these students represent the best of what it means to "Step Up. Do Right. Dream Big." at Gateway. 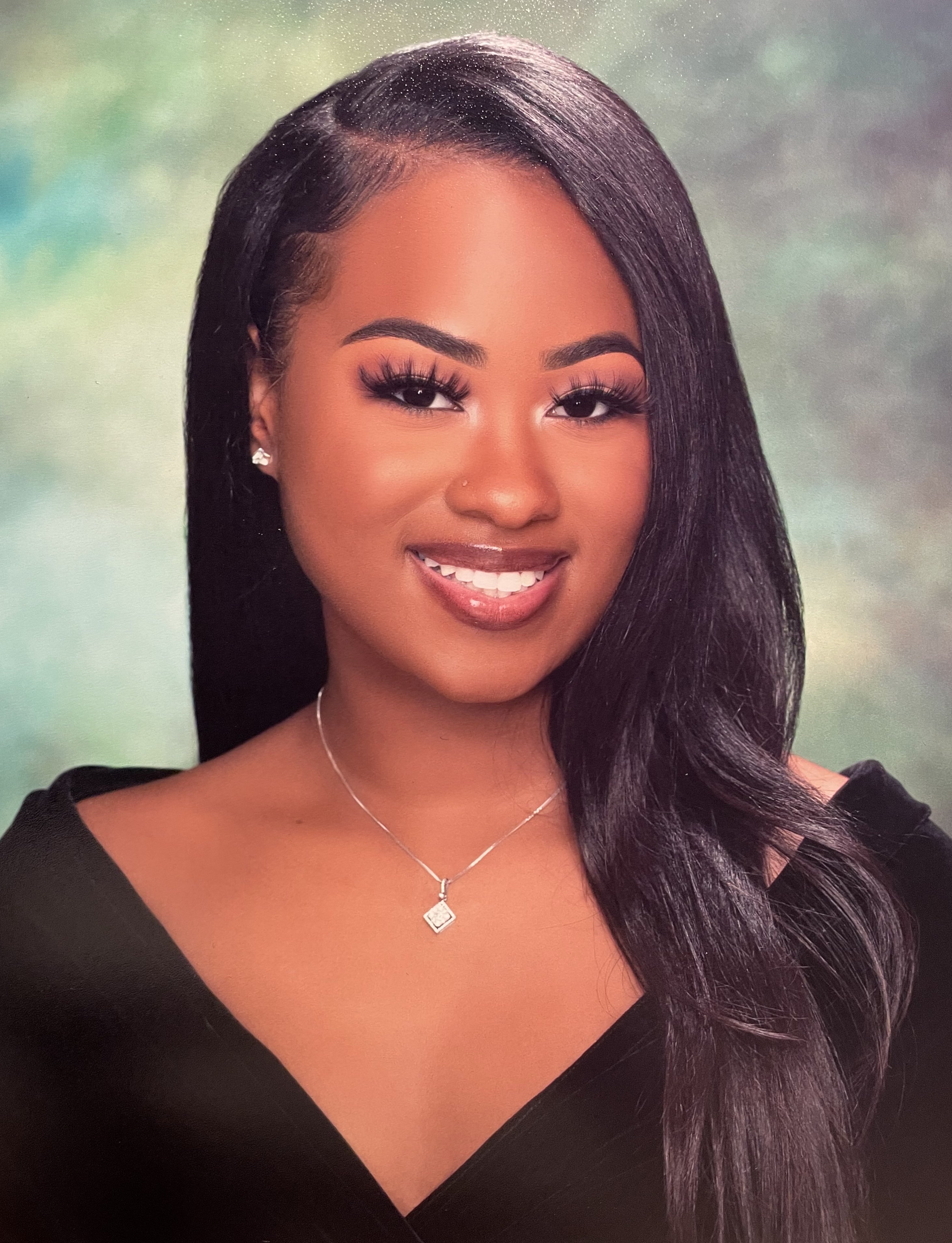 College Plans: Howard University to major in English and minor in Political Science.

Career Goals: My dream career is to be a lawyer. Since elementary school I have been inspired by criminal justice and abolishing the injustices people of color face.

Who is a role model who has positively influenced you at Gateway? Ms. Allen has been my positive role model at Gateway. Given that she is a Howard alumni, I have always made sure to follow in her path. She has kept me on track and provided me with the tools I need to be successful. Seeing a leader who looked like me always pushed me to work harder.

What does Black Excellence mean to you? Black excellence to me means Black people making a difference and working hard to be successful, despite the trails and tribulations we face.

Advice to younger students of color: Don't let drama and how other people view you hold you back, because it’s only temporary. Keep your eye on the prize and finish strong.

An honor roll student, dancer and social justice advocate with a soft spot for animals 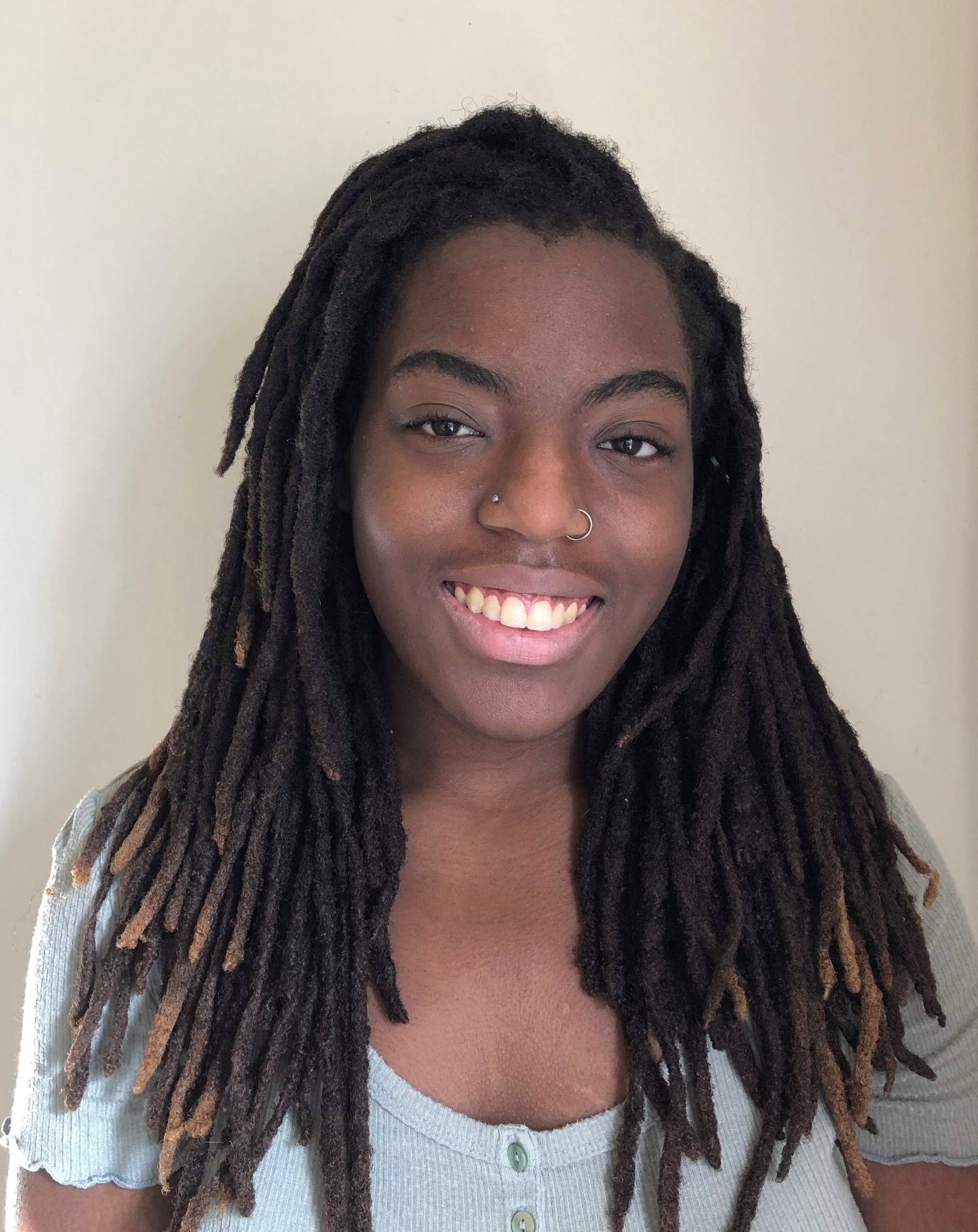 College Plans: UC Davis to major in Veterinary Science, with minors in Ethnic Studies and/or Dance

Dream Career: My dream career is to be a vet as I love interacting with animals and taking care of them. Having 8 pets at home has definitely given me a head start which I'm grateful for. I also recently started an internship at the SF Zoo.

Who is a role model who has positively influenced you at Gateway? Ms. Zamkinos and Ms. Allen. They have both taught me how to be comfortable with myself and to keep pushing for my dreams and achievements. They have definitely left me with a smile, advice that will be in my head when I go off to college, and so on.

What advice would you give to younger students of color at Gateway? Honestly just be yourself. It's hard enough with systems set up to take away everything you have mentally, physically, emotionally, etc. Being yourself is the most impactful way to be in this world. Also take care of yourself. Nothing is worth it if you're not in the right state of mind

What are you most looking forward to about starting college? Being independent and seeing what connections and differences I can make in the world.

A Youth of the Year nominee who has dedicated herself to serving San Francisco's homeless and empowering the next generation of young girls of color, with an eye toward saving the planet 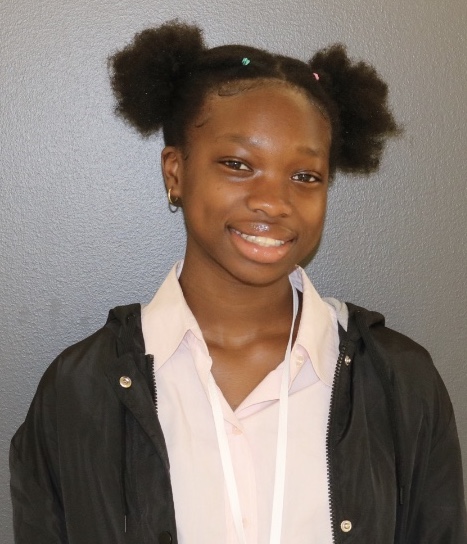 College Plans: NYU to major in Environmental Studies and Sustainability

Dream Career: I want to become a Chief Sustainability Director at a major company to make sure they manage their carbon footprint, or taking on a similar role for a large city government. Growing up in San Francisco and California I was taught about how important that is, and I can bring that perspective to an organization in another state.

Who is a role model who has positively influenced you at Gateway? Masiyah Edwards (GHS Class of 2020), I love her! As an upperclassman she looked out for younger students, especially younger Black students. Even after she graduated she's been so supportive and let us know we can reach out for anything. She's really helped me with applying for scholarships this year, and I want to be a resource like that for younger students, too.

What does Black Excellence mean to you? To me, honestly, Black Excellence doesn't have to be academic, or mean you've reached a certain form of "success." It's finding your way to being carefree as a Black person in America. There's so much pressure on how you have to act, or what people expect of you -- freeing yourself of that is Black Excellence.

What advice would you give to younger students of color at Gateway? Take advantage of the opportunities that come to you, challenge yourself to try new things despite how hard they may seem. One of them could open a door you didn't know was there. 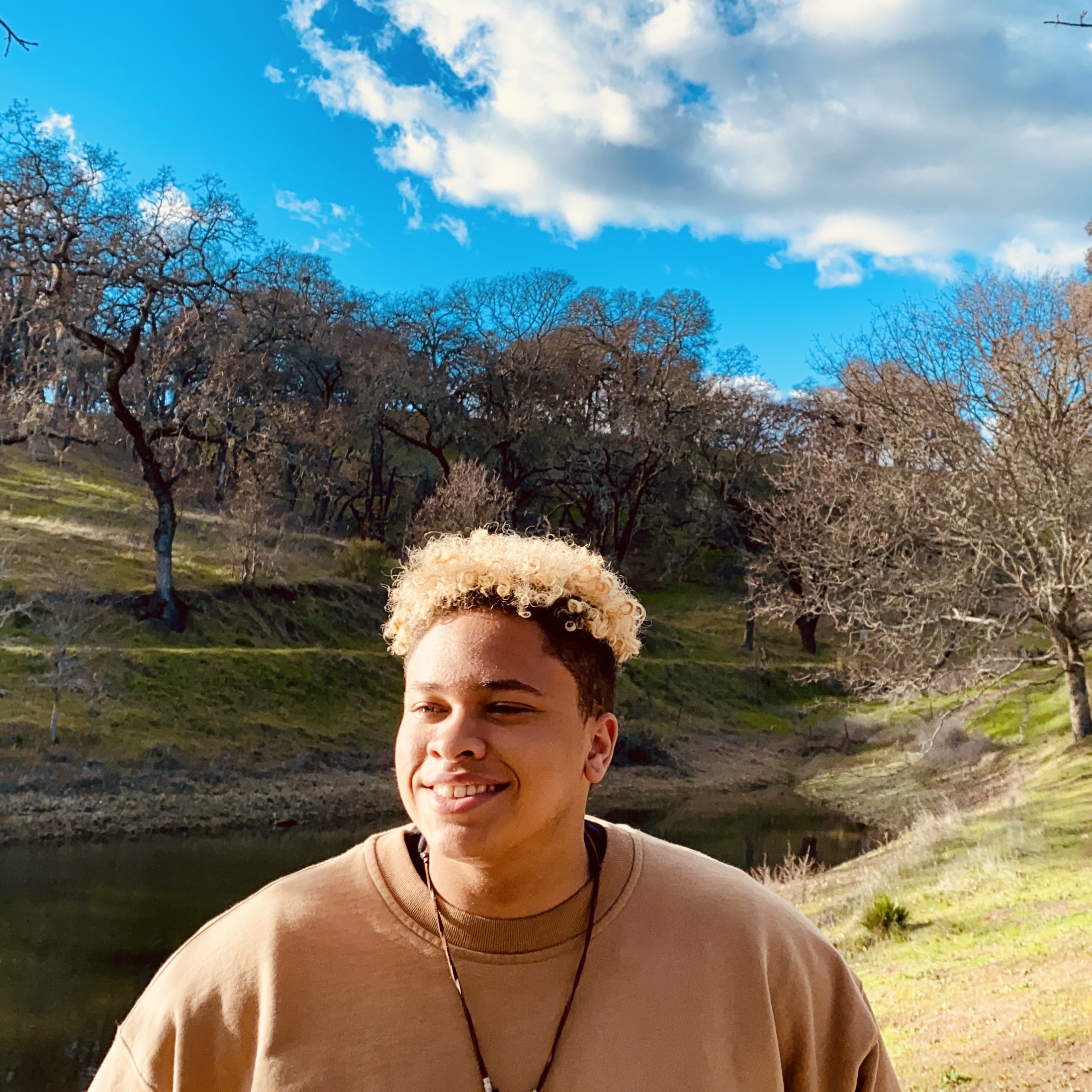 College Plans: Attend a UC, ASU or a school on the East Coast to major in Biomedical Engineering.

Dream Career: I have always wanted to work with stem cells. My dream is to figure out how to engineer artificial stem cells so we can do all the regenerative work without the controversy. I think regenerative medicine is going to be huge, and I want to be a part of it.

Imagine being able to walk again after not being able to walk for 5 years. Or getting your sight back, repairing nerves.  Design is what I love doing.  I’ve always loved to build things and create things. That’s what drove me to joining the robotics team - the love of creating. There aren’t a lot of people that look like me at robotics meets, but that doesn’t discourage me in any way.  I would encourage anyone who is interested to try.

Who is a role model who has positively influenced you at Gateway? My advisor, Ms. Zamkinos, has always been there for me. I actually met her before I met anyone else at Gateway! She has always encouraged me to share with others, my music for example... and now I've released an EP, "Disaster," and am finishing an album called "47th."

Another role model is Mr. Rodgers - our former principal - I’ve known him since I was in the fourth grade. He has always wanted me to shine. He reached out to me to come to Gateway because he thought it would be a good school for me. And Anta (see above) is someone who is like family to me. I knew her before I started at Gateway, and we share a lot.

What advice would you give to younger students of color at Gateway? Don’t let anything discourage you. I know it’s a leap of faith, but you got to take your risks. For example, I remember this assembly when I was really pressured to come up on stage to share my writing. Honestly, I didn’t want to do it, but I eventually took the risk. The outcome was really worth it. Gateway is a small school where everyone knows each other well. When I went on stage, I realized I had a friend in every corner.

An SF Achievers Scholar, Burl Toler Scholar and San Francisco's 2021 Youth of the Year, with plans to make a splash in the tech world 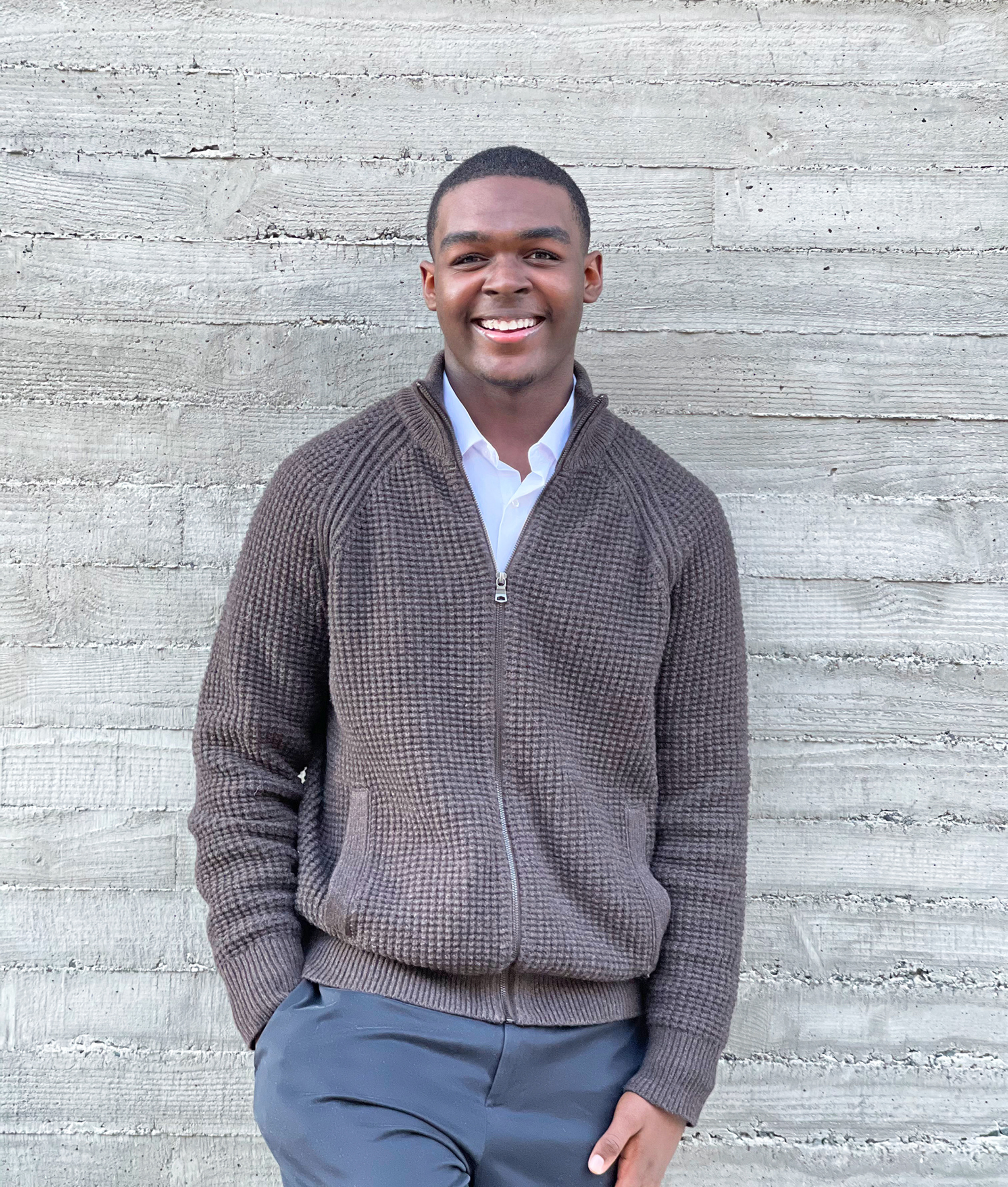 Dream Career: I want to work in computer science. I picture myself in a big tech company like Google. What I love about computer science is that there are no limits to what you can do. You are literally starting with a blank screen and creating everything. You can make anything out of nothing. I enjoy the creative aspect to it. I also like that it is really interactive and you work with others.

Who is a role model who has positively influenced you at Gateway? Ms. DeDe (Boys and Girls Club staff for the Gateway High Clubhouse) really helped me in my transition from junior year to senior year. Over the summer, I was in contact with her frequently about opportunities that I could pursue. I knew I could always depend on her and reach out to her. The fact that she was always there for me and that I took the initiative to seek her help has a lot to do with why I became Youth of the Year.

What does Black Excellence mean to you? It’s not about being perfect or the best. It’s about trying, putting out consistent effort and defying stereotypes. When I was younger, my overall GPA wasn’t the best, but I chose not to limit myself. That’s Black Excellence.

What advice would you give to younger students of color at Gateway? Do not ever feel limited about what you can achieve. If you genuinely believe, you can make anything happen. I didn’t know this when I was younger, I was afraid to try. I was afraid to put myself out there. But now I know differently. Work hard because all hard work eventually pays off. And then it becomes a habit and a way of thinking about yourself.

Everyone is here to do something. You may not know what it is yet, but you are here to inspire someone, to inspire yourself. So push yourself.