An Alumni Postcard from China 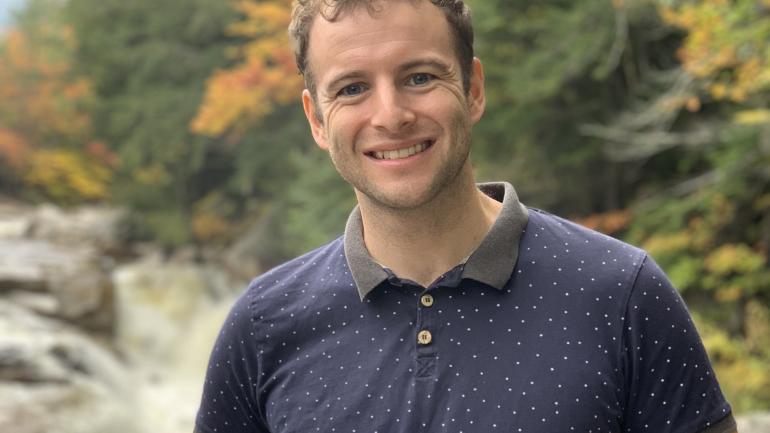 You truly can find former Gators everywhere – even on the other side of the world in China! That’s where you’ll find Robin Aubry (Class of 2008), serving as a consular officer with the foreign service. Each day he interviews over 100 people traveling to the US for work, school or vacation, but his role is also to serve as a bit of a public figure and all around community upstander: he’s spoken at film festivals, planted trees with kids for Earth Day, and moderated an event on confronting climate change, among other public appearances. We had the opportunity to catch up with him about his post-Gateway life and path to the foreign service.

What did your path to and through college look like after you graduated from Gateway?
I chose Lewis & Clark University because I knew that what helped me excel at Gateway was smaller class sizes where I could talk to the teacher/professor directly. My major was in international relations, but it took over a year to determine that was the right field of study for me. Looking back on it, Civics class with Mr. Grossman gave me a pretty good idea that I wanted to do something related to government or policy!

What made you interested in the foreign service, and what does the process to join look like?
I had no idea what the foreign service was until after I arrived in Washington DC, soon after I graduated from college. Even if I had heard about it sooner, I probably would've assumed it was a stuffy job for people who went to Ivy League schools that I would have no way of accessing. When I got to DC, though, after a couple years I found myself working at the State Department, and I had the opportunity to work with other diplomats. They helped persuade me to apply. The application process to join the foreign service is unique. When you apply, you'll send in your information and a series of personal narrative prompts. Then there's a written test that evaluates your job knowledge, skills, and writing abilities. Once that's done, a panel reviews your test results and personal narrative essays, and to move onto the next stage you're invited to participate in an oral assessment, which is done in person in Washington DC. Overall, the process takes months. My assessment took all day, and when I got the offer I nearly broke down!

What do you enjoy most about your work?
One of the most rewarding and challenging parts about working in the foreign service is getting to learn lots of languages. For about eight months last year I got paid to learn to speak Mandarin! Over the course of my career I can’t wait to learn even more languages.

What sticks out to you most about your time at Gateway? Are there any skills or mindsets from that time that you found have served you well in your career?
I think the value that most stuck with me from my time at Gateway was to "step up." Across my time at Gateway, what really transformed my life were people - classmates, teachers, administrators, advisors - who supported me whenever I tried something new or stepped outside of my comfort zone. That kind of support empowered me to continue trying new things, and to keep finding ways to contribute to the Gateway community. By stepping up I'm always learning, always experiencing new things, and always there to help the people around me.

What advice would you give to current Gateway students, especially those who are interested in studying or careers abroad?
First, ask for help! There are more people willing and eager to help you out than you expect - I’d be happy to be a resource for any Gateway student. Second, don’t ever catch yourself thinking that there are places, jobs, or opportunities that aren’t available to you. They are. If it’s harder to get to them, then it means they probably need you there even more than you think.

Meet Gateway Impact's First Director
Building Partnerships, One Family at a Time
SASHA's Student Leaders are Building a Safe Future for Everyone